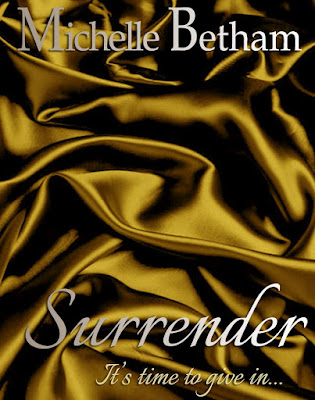 His hand slides around on to my stomach, his fingers splaying out over my naked skin and I sigh quietly as his mouth trails across my shoulder.
I fall back against him and close my eyes, arching my back as he pushes my hair away from my neck, his breath hot and heavy as he kisses it, and I laugh low and dirty as he whispers filthy promises I hope to Christ he’s going to keep.
He turns me around and I lean back against the porch railings, the morning sun beating down on my bare shoulders as he kisses me – long, deep kisses that make my stomach dip and my heart beat faster and I wind my fingers in his hair as he lifts me up and sits me down. I grab on to the railings to steady myself, raising my hips slightly as he hooks his fingers into the sides of my knickers and drags them down, tossing them on to the porch floor before he takes hold of my ankles and pulls my legs around him.
‘Morning, gorgeous.’ He flashes me that grin of his that’s been making my knees go weak for over a year now as he enters me slowly.
‘Right back at ya, mister,’ I breathe, gripping the railings tighter as I feel him sink deeper into me, and I can’t help but smile as he winks at me and grins again – that cocky, arrogant grin that should’ve been a warning sign, but instead it became like a magnet, drawing me back to him; my first love.
‘Have I told you how beautiful you look when I’m fucking you?’ he murmurs, his fingers digging into my thighs as he thrusts into me.
‘All the time,’ I whisper, and I smile again, and then he laughs, a low, dirty laugh that makes me shiver, and I ready myself for the climax that’s coming; I can feel it.
‘Then I’m telling you again.’ His mouth touches mine as he speaks, and I fall forward against him and he catches me, holding me as we reach our endgame together, and it’s so peaceful. So calm. It’s like we’re the only two people alive, it’s so quiet. Everything is so quiet here in our beautiful, secluded waterfront home.
‘You know, just sometimes, maybe, we should think about starting the day with a proper breakfast.’ I smile, and he laughs again, and I don’t think I’ve been this happy in a long time.
‘Yeah. Thing is though, kid, I’m pretty much OK with the routine we’ve already got.’
He lifts me down and flashes me that grin again as he hands me back my knickers. I take them from him and he slides a hand around onto my bottom, pushing me against him. ‘You want me to put these back on?’
‘Not particularly, no.’ He rests his mouth against mine and I sigh quietly, breathing him in. ‘I much prefer you naked.’
‘Do you now.’
‘Yeah. I think you should be naked a lot more.’
‘Well, you’re not going to get everything you want, so you better get used to that.’
‘You love giving me what I want.’
‘I wouldn’t be too sure.’
His laugh comes from the very pit of his stomach and I feel it vibrate against me. ‘You love it.’
I arch an eyebrow as I reach down and cup his balls, squeezing just a tad harder than was necessary.      ‘I do, do I?’
‘Bitch,’ he groans, his fingers digging into my thigh and I loosen my grip, just a touch, and then I kiss him, laughing quietly, keeping my mouth on his as I feel him grow hard against my hand.
‘Yeah, but, you want this bitch. Right?’
‘Jesus, do I.’
His hands drop to my hips and he swings me around so I face the railings, and I grab on to them, leaning forward as he pulls my hips back, thrusting inside me again.
The man I’ve loved for so long.
Too long.
The man I’m finally going to marry.

I left her sleeping. There was no need to wake her. We were out pretty late last night, and just because I have trouble sleeping it doesn’t mean she has to be disturbed too. I left her a note, letting her know where I am, but I doubt I’ll see her until dinner tonight. She won’t come to the club. Oh, she’s been to Bam-Bams, countless times, she likes it there. She goes there a lot, with her little gang of girlfriends. But we’ve been together almost eight months now and she’s never once set foot inside The Playroom. It’s not her “thing”. She won’t even talk about it. She’s accepted that, sometimes, I have to go there; be there. But she still likes to kid herself it doesn’t exist, which I find both irritating and frustrating but I don’t want to be alone. And she was there.
It’s been just over a year since Kira left me, and Helen never once gave up on her pursuit of me, probably helped on by Barry, but at some point I stopped caring. I just didn’t want to be alone. And Helen was there. And she wasn’t Kira. She wasn’t anything like Kira, and that’s what I needed – somebody who didn’t remind me of Kira.
‘You’re in early.’
I look up at the sound of my brother’s voice. ‘So are you.’ I frown slightly as he perches himself on the edge of my desk. ‘Something wrong?’
‘You doing anything tonight?’
‘I promised Helen I’d take her to her favourite restaurant.’ Because I feel guilty, for things she doesn’t even know about. ‘Why?’
‘Just thought you might like to come over for dinner, is all.’
‘Why?’ I repeat. Not that I’m suspicious of him or anything. But I guess I’m still learning to let go of the wariness I feel when I’m around him. That hasn’t gone completely. Not yet.
‘Not everything I do has an ulterior motive, Neal. Besides, you guys haven’t really had a chance to get to know Elle properly yet, have you?’
Elle Evans – daughter of one of our wealthiest and most important clients, and now Barry’s girlfriend of the past three months. He messes her about, and we stand to lose millions of dollars’ worth of business, and don’t think I haven’t had that talk with him. I have. Several times.
‘I’ve been busy.’
‘You’ve been avoiding it.’
‘Yeah, well, dinner parties and double-dating isn’t really high on my list of things I’m in a hurry to do right now.’
He throws me a look before he stands up and heads for the door. ‘It’s been over a year now, Neal. Get over her. Go talk to Joey, OK? Go ask him the question I know you’re too fucking scared to ask, and that’s because I think you already know the answer. She’s over you, bro.’
I watch him leave; watch him close the door behind him and his words sink into my brain like a cruel and unnecessary blow and I hope, one day, he has his heart ripped out the way mine was torn from me. Then he’ll know how hard it is to get over that.
You can’t. You just learn to deal with it.
Life goes on.
Whether you like it or not.

Surrender is available to download now on Amazon. And you can read it for FREE with Kindle Unlimited!