Devil you Know Teaser - The Sequel to Beautiful Dangerous is coming! 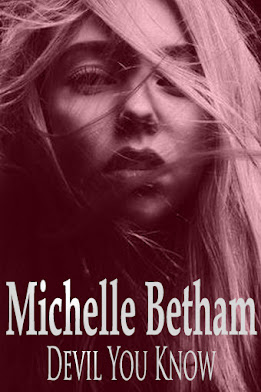 I believed in happy-ever-afters. I did. Maybe not the kind most people dream of, but my life wasn’t like theirs. OK, in the beginning it was, I was an ordinary girl from an ordinary world living an ordinary life. But that changed, in a heartbeat, and my ordinary life suddenly became extraordinary; dangerous. Deadly. Anyway, it’s a long story, one I’ve already told, once, and that life, I walked away from it. Because I found my happy-ever-after. But it didn’t come without a price. It wasn’t something that was gifted to me, I had to fight for it. We had to fight for each other.

Was the pain worth it?

Was the loss of life that came with that fight something I regret?

Maybe a little, I try not to think about it too much.

Was my happy-ever-after perfect, once the pain had subsided?

It was. As perfect as it could be, anyway.

But nothing is forever.

No-one stays the same, no matter how much they think they do. They don’t.

Everyone has secrets. Everyone tells lies. People start wars without realizing what they’re doing. It happens, even in a world you thought was safer. We can never stray too far from our past, even if we feel like we’ve left it behind us. We haven’t. We can’t. Even fairytales suck, believe me, I know. I know.

But sometimes we need to go back. We have to, go back. Shit happens, shit we always saw coming, we just chose to ignore it. Until we had no other choice. But it still hit like a punch to the gut, knowing we had to fight all over again; knowing that starting that fight, it was going to threaten everything. Knowing that the person you were before, the one you’d tried so hard to walk away from, you have to bring them back. You have to. And that’s what I was scared of. What we were both scared of.

I thought my future was certain.

That was my first mistake.

I thought nothing could touch us anymore.

That was my second.

I thought love could overcome anything, and I don’t want to be proved wrong, but I might be. I might be…

I guess what I’m trying to say is, I became too complacent. Too relaxed. I stopped looking over my shoulder when backward glances should’ve been constant. And now – now we’re paying the price. And that just might be the thing that breaks me. Us. All of us.

My name was Olivia Delgado.

And my story’s not over yet…

Devil You Know will be released later this summer. Watch this space for more details. 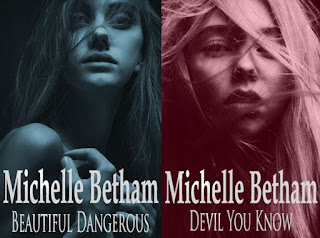 Book 1 in The Cartel Queens Series - Beautiful Dangerous - is available to download HERE, and it's FREE to read if you have Kindle Unlimited.