Finally, I have a new book coming out! Beautiful Dangerous will be released on October 28th! 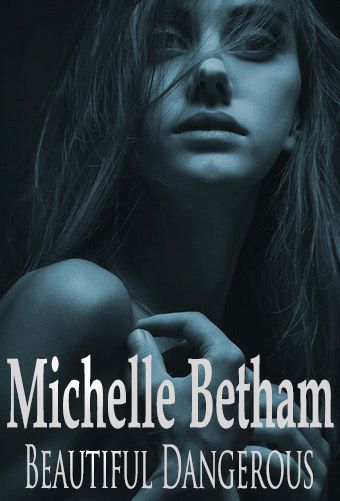 After what feels like an eternity, and it is, in fact, almost a year since I released any new books, I have a brand new one coming out in a matter of days!

As I'm sure has been true for most of us this year, it's been a strange few months, and my writing did suffer because of that. But, I'm happy to say my focus is back, with a vengeance, actually, and I have TONS of new stories I can't wait to share with you all.

The first one of those is BEAUTIFUL DANGEROUS...

Love hurts. But what if it could kill, too...?Who am I?How did I get here?How did I become this woman? This powerful, wealthy, dangerous woman…?It’s a long story, but all you need to know right now is that I didn’t want to be the woman I became. I never wanted the life I ended up living. The money, the power, I didn’t want any of it. Not at first, anyway. But sometimes we don’t always get what we want. Sometimes we lose control of our own destiny, it happens far more easily than you might think. I certainly didn’t set out to be the person I ended up becoming, how could I? I didn’t even know women like me existed, because they didn’t. Not in my world. The one I left behind, when I fell in love with a man who needed me to choose between his world, and mine. I chose his.My first mistake…?I think that depends on how you look at things. Nothing was that simple. There was no black and white in that new world of mine, just countless shades of gray. But what you probably should know is that I was just an ordinary girl, once-upon-a-time. Before I met the man who changed everything. Before the s**t hit the fan and all hell broke loose. It’s just hard to believe, sometimes, that I was ever that girl, because when I look in the mirror I see a completely different woman staring back at me. A cold, emotionless woman, someone who’s seen things, done things, dark, dangerous things. Stuff I never thought I'd ever be capable of. And I don’t regret a thing. None of that was to blame for what’s happening now. None of it. What’s happening now is the result of something else entirely. And it wasn’t all my fault. Others played their part; started that timebomb ticking, and now – now my life depends on how I choose to deal with the consequences. Of what, you might ask? Of falling in love, that’s what.Love was the game changer. The thing that started it all.Love changed me; made me stronger; turned me into the kind of b***h nobody wanted to mess with, and very few did. Those who tried, they paid for it.Falling in love was the catalyst, and in the end it’s what’s caused my entire house of carefully stacked cards to come crashing down. And now – now it could kill me.So, who am I, exactly?My name is Olivia Delgado.Head of the Delgado cartel.And this is my story…

BEAUTIFUL DANGEROUS will be released on October 28th, and it's available to pre-order HERE.

And finally, to everyone who's stuck with me, and not forgotten about me, thank you. So much.