So, our Tomorrowland experience is over, but, would we do it again? Damn right we would! However, next time - should we be lucky enough to get tickets - there are a few things we'd do differently, thanks to lessons learnt in our first outing...

Get a Comfort Pass

We'd toyed with the idea of doing this this year, but then decided it wasn't worth the extra money. Then the weather happened, and now we've decided the extra money is very much worth it as an insurance against the weather, if nothing else.

Comfort Passes give you extra access to various covered/shaded areas at a few stages, and if we'd had one of those we could've avoided getting so wet on Saturday night, and maybe found a few more comfotable places to sit down during Friday's way-too-hot weather. We definitely could've stayed drier. So, even though you have to pay 0.5 Pearls more for your drinks in the Comfort Areas, we couldn't care. We're saving up and are prepared to fork out the extra to make next year a slightly more enjoyable experience, should adverse weather strike again.

Stay in a Hotel

My husband would've done this this year, if it had been left up to him, but I'd wanted to experience the whole Dreamville camping thing. And, to be fair, the camping experience wasn't all that bad. Our neighbours in the Relax Room area were, on the whole, pretty quiet and respectful, and The Montagoe Area is really impressive. But, by Sunday, because of the rain, our stuff was starting to feel a little damp. And with the shower/toilet blocks being outside, with no shelter, there was one night when I was brushing my teeth out in the rain. So, we've decided that the longer walk to the shuttle buses after the festival is a price worth paying for a good night's sleep, a private bathroom, and a much more comfortable experience, for us. We're a little older than your average festival-goer, remember!!

Don't Even Attempt To Have A Plan

It doesn't work. We tried to have a plan, but very rarely kept to it. Until you've actually been to Tomorrowland, and got to grips with the layout and the time it takes to get to each of the different stages at various times of the day, you can't possibly plan anything. Some advice we were given by a seasoned festival goer was to have one must-see artist per day, and for the rest of the time just go with the flow, and that's exactly what we're going to do next year. We know the layout now, we'll be much better prepared next time.

Invest in A Better Raincoat

Those cheap ponchos are actually OK, to be honest. They leaked way less than the slightly more expensive raincoat I had on, but, next year, I'm going to invest in a better quality rain jacket that's lightweight, but will keep me dry should the rain hit again. It's very much possible to still enjoy Tomorrowland in the rain, you just need to be wearing the right gear.

Make Time To Eat More of the Food!

Because it all looked FAB! Everything we ate was good quality and tasted really good, and there were so many things I wanted to try and never got around to eating. I'll make sure I try a lot more of the food next year.

Being slightly older than your average festival-goer, it took me a bit of time to realise that nobody else actually cared about that, and that it wasn't wrong for me to dance/jump/fling my arms in the air and just enjoy myself in the same way everyone else was doing. Next year I'll be getting straight down to the dancing, but my husband's still banned from hardstyle!! 😏

Not denying that 15 Year Tribute he did this year wasn't something else, it was the BEST moment of the entire festival for me. But, I still would've liked to have seen either his full Mainstage set or, preferably, his State of Trance set. He's one of my favourite DJs, so, next year, as long as he's playing the weekend we (hopefully) get tickets for, I'm going to try and make sure I see him play.


Live In The Moment More

I'm a worrier. I worried about the weather, about the heat, the rain, how my husband was handling it (not as well as I was); were we enjoying ourselves as much as we should've been? Was going there a mistake? All of that was going through my head at one point or another, because that's what I do. I worry and dwell on things and then end up regretting that when I get home. Next year, I'm leaving all that crap at the festival gates, and living in the moment more. We won't be able to afford this festival more than a couple of times, so I want to enjoy the times I can get there. I'll have a word with myself before next year... 😉 So, yeah... Our first Tomorrowland outing was an experience, no doubt about that. There were good bits, and there were bad bits, and that's OK. That's fine. Nothing's perfect, not even Tomorrowland. On the whole, it's pretty close, I mean, the sheer amount of organisiation that goes into something as HUGE as that, it's undeniably very, very good. It DOES live up to the hype, but at the same time, it also does have its problems. Not many, granted, but one of the most important ones we came across was leaving the Mainstage on Sunday night after the final end show - that almost got dangerous! With so many people all leaving at exactly the same time, and with some of those people deciding that taking it slow wasn't the way they were going to go, they'd rather force their way through the crowd and try to get out faster, it resulted in a lot of pushing, a lot of frayed tempers (my husband got accused of deliberately shoving some bloke - who kept insisting he was doing it on purpose - when he wasn't, we were literally being shoved against those in front of us by those behind us, and by those who were just trying to force their way through) and there was a point when it started to feel quite dangerous. The bottleneck of people was immense, and because some kept insisting on shoving their way through it really did feel like we were close to some kind of crush happening. And that needs to be sorted, because one day it could quite possibly happen. There were a lot of drunk people there, a lot of people who thought it was their god-given right to push through and not wait in that crowd, and all it would've taken is for one of those people to kick-off, push too hard; all it would take is for someone to start on someone else and a disaster could happen. It was the one part of the festival that just didn't seem organised at all, it felt quite scary at times, to be honest. And Tomorrowland know that, come Sunday, with the majority of people at the Mainstage, way more people than normal will all be trying to leave the same place at once, heading for one of only two exits. But something seriously needs to be sorted out, and a much more organised plan is needed, in my opinion, to get everyone out of the Mainstage area and out to the exits in a safer way, because I didn't feel safe, at times.

That was my only real niggle, however, it's quite an important one. Apart from that, everything else was pretty much there. The stages, the music, the food, the organisation... all of it seems a cut above your average festival, but then, the price of visiting Tomorrowland kind of reflects that. But at the same time, the prices of food and drink there is quite reasonable, for a festival. We spent way less than we thought we would, meaning we got quite a bit of money refunded from unspent Pearls, so, that's all gone straight back into next year's Tomorrowland fund. Because we will - if we're lucky enought to get tickets again - be back. We've learnt from our rookie mistakes, and second time around we'll try and make the experience even better...


If you want to catch up with the first 4 parts of our Tomorrowland Journey, just click the links below.


See you next year, Tomorrowland! And thank you. When people say this festival changed their life, they're actually not wrong... 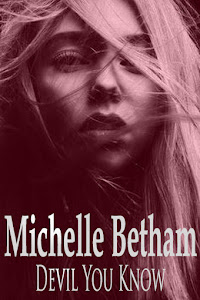 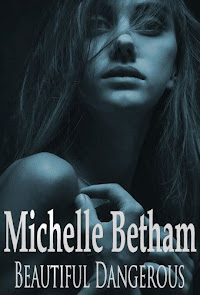