So, after almost a year of watching sets, discovering new artists, and basically just getting ridiculously excited, it's almost time for us to head to Belgium to be a part of one of Europe's biggest EDM (electronic dance music) festivals - Tomorrowland! 😍

And because this is very much a bucket-list trip for me and my husband, it's something I want to remember, for a long time, so I'm going to be doing a few posts - over the coming weeks - documenting our experiences as first-time festival-goers. Starting today, with a little bit about Tomorrowland itself, our expectations of festival 'glamping', and the music we're looking forward to hearing...

Every year, during the last two weeks of July, the appropriately-named little town of Boom plays host to over 400,000 EDM fans who descend on it for this always hugely-anticipated event. But this isn't just any festival, Tomorrowland prides itself on making the weekend not just about the music, but also about the experience.

To begin with, every year, Tomorrowland has a new theme. Past themes have included The Elixir of Life, The Kingdom of Melodia and last year's The Story of Planaxis. Basically, this festival is almost like a Disneyland for adults from its huge, imposing Mainstage to the quirky little details dotted all around the grounds. 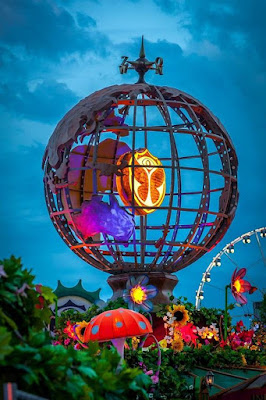 Tomorrowland prides itself on taking those lucky enough to aquire tickets on a magical journey into a world so very different from the one they leave at the festival gates, so, what's the these this year? Well, it's a theme so perfect for me, as an author. A theme I couldn't have planned any better for my first bisit to the festival: The Book of Wisdom - The Return. Check out the simply stunning Mainstage below...

We saw a lot of it on the weekend 1 live streams over the past weekend, watched those giant books open, watched the Book of Wisdom itself (in the centre) talk to the crowd; looked at all the intricate details that have gone into that stage, as much as I could on the TV. But I can't wait to get up close and see it for myself, so, look out for all the photos I'll be posting on my return. For now, that hopefully gives you an idea of the sheer scale of it...

But that's not all. Every year, along with your tickets, Tomorrowland also sends each festival goer a special gift, and because this year it's also the festival's 15th year anniversary, we all got a very special gift - something which was also the most perfect souvenir for someone like me. An actual Book of Wisdom!

This book tells the magical story of Tomorrowland, and I loved it! It's such a beautiful gift, something I'll treasure forever, and just another thing that makes this festival stand out from so many others. I'm so excited to be a part of it, my first festival at 50 years old! But, you know, despite worrying that we were going to be two of the oldest ravers there, we aren't going to be alone. The age of people attending Tomorrowland ranges from 18 to almost 80, so, I think we're going to be OK. 😉

Although, we are about to have our first experience of 'glamping'. You can opt to stay in a hotel rather than stay at Dreamville - the on-site camping village within the festival grounds. But we heard so many good things about Dreamville, and that staying there gave you the ultimate festival experience so, we bit the bullet and chose to stay in a Relax Room... 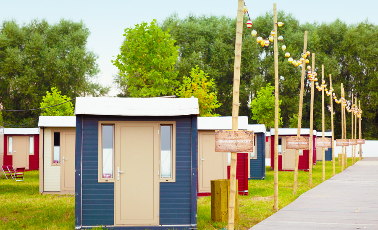 These Relax Rooms are situated in a part of Dreamville called The Montagoe Area, which is, basically, where all the 'glamping' options are. It has, apparently, its own bar, restaurant, hot tub, barbecue area, and separate shower blocks and toilets for all the accommodation. I'll write more about all of this once I'm back from the festival next week, but for now I'm just looking forward to getting there, getting unpacked, and enjoying 4 days and 4 nights of great music. Which brings us to the final part of this post. The artists we're looking forward to seeing.

For me, I'm excited to see the likes of Yves V, Laidback Luke, Timmy Trumpet, Andrew Rayel, David Guetta, Fisher and Lost Frequencies, to name but a few. That's covering everything from Big Room House to Happy Hard Core to Trance at its best there. 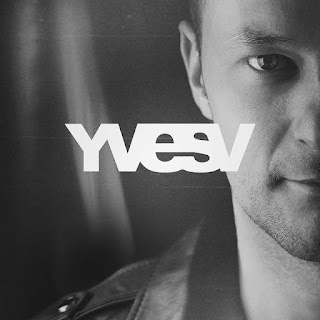 In all honesty, though, I just can't wait to party like I'm 25 again, forget everything for a few days, and just enjoy myself. A bit concerned about the weather - looks like it's going to be super-HOT the first 2 days and raining/thunderstorms for the next 2, but this is Belgium we're going to. That could all change. Here's hoping we get some sun, not a lot of rain, and some incredible vibes! I'll report more on my return, and let you know how this 50 year old festival virgin got on. Wish me luck!! 😍