As of March, I'll be starting a couple of new features here on my blog - Guest Author Posts and Featured Books, and Book of the Month.

Book of the Month - This will feature one of my own books, and will involve special offers, teaser chapters, competitions, and more.

Guest Author Posts and Featured Books - I'm currently looking for fellow authors - in all genres, not just romance - who may be interested in taking part in a guest author slot. It can be used for anything you like, be it to plug a new release, push an older book back to the forefront, or just write a post about something book/writing related. I'd then feature that post not only here on my blog, but also across all my other social media over the course of a week.


If there are any authors out there who'd like to take part in my guest author/featured book slots, just leave a comment here on the blog, or drop me a message on Twitter or Facebook for more details. 🙂 And I hope to hear from some of you soon!

So, after a quiet few months, things are finally moving again on the writing front! A new book is ON THE WAY! It has a title. It has a cover. It has its own playlist. It has characters I've now had time to get to know, and I hope you'll soon want to get to know them, too. Want to find out more? Keep reading...

Nina Freeman is a successful freelance photographer, and a magnet for the wrong kind of man, leaving her cynical about romance and in no hurry to find love. The only thing she wants to be married to is her career.

Yves Vandale is a famous Belgian dance DJ making his comeback after a two year break. All he wants is to get back to the music, and leave his past behind. 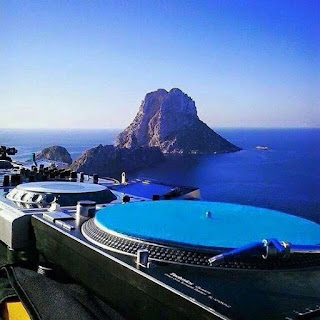 'Before Today' is a love story heavily influenced by music. A story that will take readers from the beaches, bars and clubs of Ibiza to the dance festivals of Europe. And you can check out the music that inspired Yves and Nina's story right HERE on Spotify.

'Before Today' will be released in the Spring, but watch this space for more news. It's coming soon!