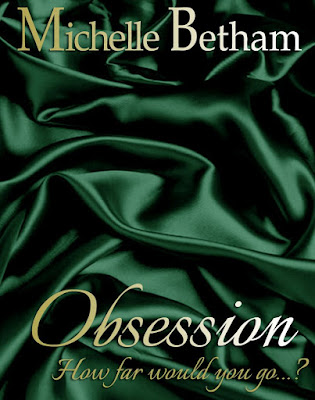 Available to pre-order right now over on Amazon! 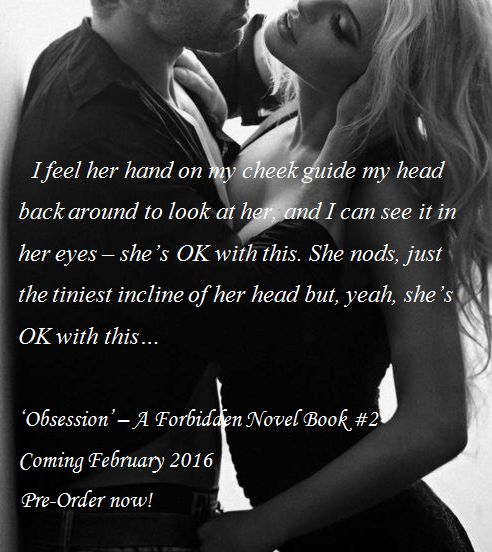 And you can check out chapter one of 'Obsession' for FREE right HERE! 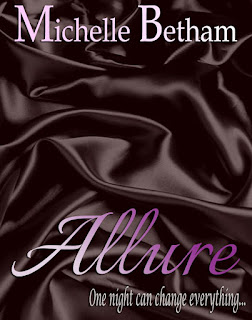 'Obsession' - Book #2 in The Forbidden Series - Synopsis reveal, and check out Chapter One, for FREE!

'Obsession', book '2 in my HOT new erotic romance trilogy, The
Forbidden Series, is almost ready to be put up for pre-order now
with a release date of early February 2016, so, to get you in the
mood for this second installment in Neal and Kira's journey, I'm
letting you check out chapter one of 'Obsession' right here on my
blog. But please be aware that this is still, as yet, not the completed edit, and therefore may still be subject to one or two tiny tweaks...
And if you haven't yet read 'Allure', then also be aware that this chapter is probably going to contain some quite major spoilers.
*Oh, and I should say that even this small sample contains
strong language and pretty hot sex, so, you have been warned... *

Neal Cannon and Kira Blu. The art dealer and the escort. Living the kind of life neither could have envisaged, before he paid to sleep with her and their worlds changed, forever. Now living in Neal’s penthouse apartment in Manhattan, they spend their days working together, and their nights playing the kind of games that need to be kept behind closed doors. Behind one special door in particular... Behind that door they’ve created a world they live out in secret. A world of intense pleasure and beautiful pain; a world that doesn’t stay secret for long… Neal Cannon and Kira Blu. Together they’re not only bringing their own dark desires to life, they’re also helping others to live out their private fantasies. But when reality begins to creep in, and ghosts from the past come back to haunt them, dark and dangerous secrets start to unravel… How far will they go to keep the one thing they want the most? The most powerful Obsession of all…

'Obsession' will be available to pre-order very soon. Watch this space for more news on that.

And don't forget, book #1 in the series - Allure - is available to download right now from Amazon for only 99p/$1.49! Or it's FREE with Kindle Unlimited!