It's been a while since I released a new book, but one is finally imminent! And this is one I've been keeping under wraps since March, but one I'm extremely excited about! Because I'm not only writing in a completely new genre, I'm also writing under a different name.

The Wife is a chilling, compelling and emotional psychological thriller written by me under the name of M L Roberts, and will be published through HarperImpulse, an imprint of HarperCollins Publishers.

Check out the blurb below... 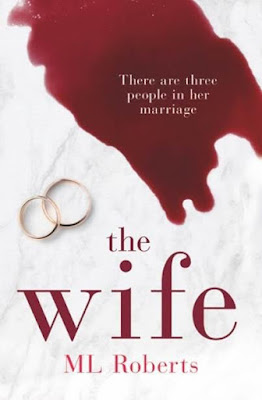 For fans of TV shows Doctor Foster and The Affair. A chilling new four-part series...

Michael and Ellie are that couple.
The ones who have it all.
Success, charm, trust…but no relationship is perfect and the events of the past cast a shadow over their charmed life together.
When lecturer Michael starts to mentor a new student, Ellie fears that history is repeating itself. As paranoia takes its ugly hold, it’s clear some things just can’t be forgotten…or forgiven...

The story will be released in four parts:-

All four parts are available to pre-order right now! 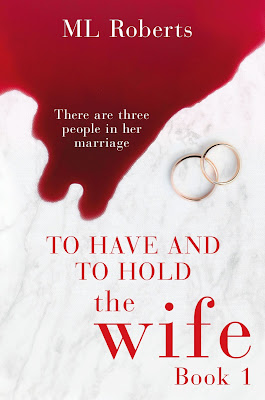 For me, being given the chance to write a different genre under a different name, it was a challenge I couldn't wait to take up! Although, I've got some tough competition out there. There are some amazing authors writing some incredible books in the psychological/crime fiction genre. But I'm proud of The Wife. I think it's an amazing story, suited very much to my preference of leaning towards the darker side of things; emotional to the end. And full of twists you just might not see coming...

I do feel that I have to point out, though, that each of the four books is not an entire book. What you're getting are parts of the story, told in four installments, each one about 25,000/30,000 words long - the length of an average novella. Between 80-100 pages. Both a paperback and ebook version of the book in its entirety will be released on March 2nd, 2018, for those who would rather wait and read it all in one go, because I know there are quite a few readers/blogger/reviewers who are very anti this type of book series. And I'm aware that my publishers are taking a risk by trying it with this genre, as it's never been done before, but, the way I'm tackling it is as though I'm writing a four-part TV series. I think of each installment of the book as though it were an episode of a show. If you watch any TV series, and an episode ends on a cliffhanger - if a series finale ends on a cliffhanger, meaning that you have to wait months, possibly a year until you find out the outcome - do you suddenly think, no, sorry, I'm not watching it any more because it ended like that and now I have to wait ages for the next episode? I'm sure you don't. If you really want to find out how the story moves along, and finally ends, you stick with it, no matter how long you have to wait. We finished season 4 of Bates Motel last night and now have to wait until season 5 appears on Netflix, and yes, I'm impatient because I want it now, but I'm also just looking forward to watching season 5, whenever it might land on my TV!

So, although I'm a little bit nervous about this new series of books, and how readers/reviewers/bloggers will receive them, I'm also really, really excited for people to start Ellie's story, and begin her chilling, emotional journey alongside her... 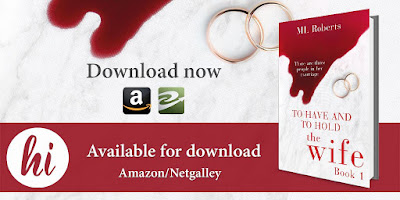 To Have and to Hold (The Wife - Part One) is available to pre-order now for only 99p/99c!
It's also available to request from Netgalley!

You can keep up with all the news on my alter-ego, and The Wife Series by following M L Roberts on Twitter at @AuthorMLRoberts.

You can also keep up with all of M L Roberts' book news by following their Amazon Author Page:-


Hopefully some exciting new times ahead. Have a lovely day, and speak to you all soon!