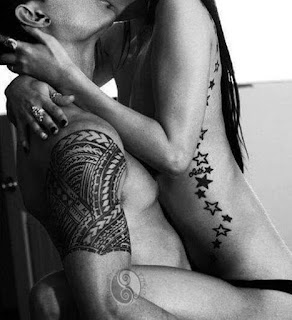 She takes my face in her hands and she kisses me like the dirty angel she became, after the lessons I gave her. And there are days when I still feel guilty about what we turned her into, but it was her choice. Maybe we could’ve stopped her, found those consciences we very rarely put in play, but those aren’t the kinda guys we are. And she seems happy now. She’s not that cold, fucked-up woman she became for a while, when the only thing on her mind was some twisted retribution. She’s trying to put that woman behind her, and those changes I see in her every day, they’re good. I like the new Izzi. Or is she trying to resurrect the old one? I ain’t sure, and there are days when I ain’t certain she is, either. There are days when I see the darkness back in her eyes, when the nightmares and the guilt weigh heavy on her shoulders, but there are also days when those black clouds lift and she becomes this beautiful, happy young woman who’s just trying to move on. She’s trying to fit in to this world she was thrown into, and not out of choice. But she said she couldn’t ever go back to the U.K., there are too many memories there; things she doesn’t want to remember. But did we change her so much that we gave her no option to rethink that decision? Have we embedded her too deep into this God-forsaken world we inhabit? One she never really belonged in? But I think she belongs here now. It’s like she’s always been here, a part of this life. But was that our fault? 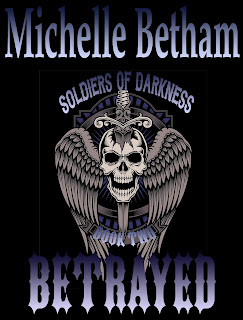 Check out Chapter One of 'Betrayed' HERE.

'Broken' - Soldiers of Darkness Book #1 - is available to download from Amazon, and it's now only 99p/$0.99! Or read for FREE with Kindle Unlimited! 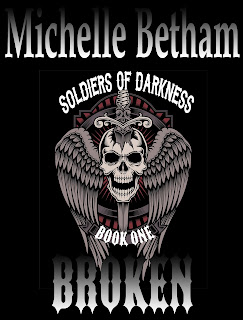