A little bit more about 'Resurrection', book #3 in The Lone Riders MC Series...

Beginning just a few weeks after the events in Retribution, 'Resurrection' takes us deeper into the world of Ben Salter, ex-lawyer to and now a newly patched-in member of the Lone Riders; a man who suddenly finds himself being forced to revisit his dark past in order to secure a safer future for both him, his club, and the woman he's fallen in love with.

Can he help stop the war that's threatening between the Lone Riders and his father's club, the Dark Angels, the notorious MC Ben was born into? Can he help fight an enemy that is still willing to stop at nothing to bring Coby Walker, the Lone Riders' President, down? And, ultimately, can Ben save himself from sinking further into a life he thought he'd left behind. A life that could destroy him... a life that could destroy everything... 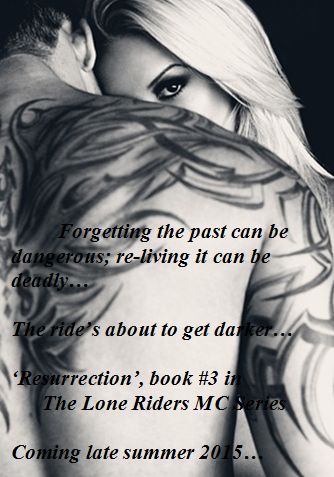 Watch out for the 'Resurrection' cover reveal coming soon!

And you can also check out a little teaser from the book HERE. 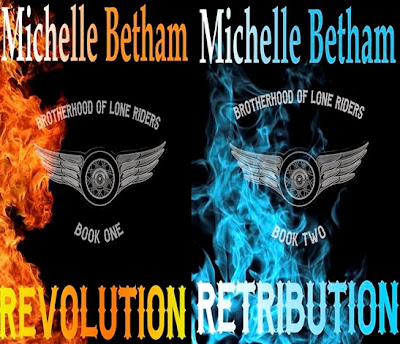 Books #1 and #2 in The Lone Riders MC series - Revolution and Retribution - are both available to download now from Amazon.