I'm really excited to have fellow Harper Impulse author Nic Tatano join me for Meet the Author this week. 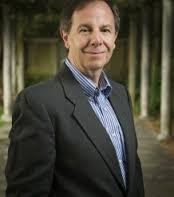 His latest novel, Boss Girl is released on Thursday February 20th through Harper Impulse but, for now, why not read on and find out a little bit more about the man himself...


Was it always your intention to find an agent/publisher, or did you ever think about, or indeed go down, the self-publishing route?

I've taken all routes, as I think writers need as many hooks in the water as possible. I had an agent for a while, and when we parted ways I sent my work directly to publishers, which is how I got my contract with HarperCollins. (Which blows up the myth that you need an agent to get a book deal.) I've also self-published my political thrillers and a couple of journalism textbooks.


Do you listen to music while you write, or are you someone who needs complete silence to work?

Well, this will probably sound strange, but I listen to sports talk radio when I write (WFAN in New York) or have a baseball or football game on television. I rarely listen to music anyway, and it distracts me as I find myself singing the lyrics in my head. Complete silence drives me crazy.


Do you have a designated “work space”, and if so, can you describe it?

The work space moves throughout the day, since I use a laptop. I do a lot of writing in the kitchen, since I cook every day. If it's cold, I write by the fireplace. If it's nice outside, I write on the deck. I love the flexibility of having a moveable work space.


Well, since I'm a guy and my main characters are always hot redheads, I guess the answer would be no.

Do you plan your stories before you start writing them, or do you just “wing” it?


I've never outlined anything. I get a basic plot in my head, know how it ends, but have no earthly idea how I'll get there. I like to be surprised as much as the reader and when you wing it that happens a lot. I truly believe the story is already worked out in your subconscious, and that's why things always seem to fall into place.

What advice would you give to anyone just starting out on their writing journey?

Read a bunch of books from different genres. Even if you plan to write in only one, your subconscious will pick up different styles and tricks that will all eventually become little elements in your own voice.

And regarding your unique voice, remember that your pure voice comes out in your first draft. The more you edit, the more you suck the life out of your voice. Some writers edit their work so much they end up with a grammatically correct manuscript with no voice. Remember, people don't speak in grammatically correct sentences, and your characters shouldn't either. Fuhgeddaboudit!

Can you tell us anything about any future projects you’re working on?
Right now I'm working on book two of a Young Adult series, the first of which is scheduled to be released in mid-March. It's about a group of high school seniors with paranormal abilities. And when I finish that one, I have another RomCom I need to start. I like the variety of bouncing between genres.

You’re having a dinner party, which 4 people – living or dead – would be your ideal guests?

You’ve been given carte blanche to go on any chat show you wish to plug your latest book – which one do you choose, and why?


I would go on The Tonight Show with Jay Leno. Many years ago I was on a media junket in which reporters went to Hollywood to interview a bunch of stars, and I ended up at Jay Leno's house one afternoon. He was incredibly nice and spent two hours with us. We even got a tour of his classic car collection. He was definitely the nicest celebrity I've ever met.


Favourite TV character, past or present.

Captain Kirk from my all-time favorite show, Star Trek. Routinely saved the universe while having time to chase the alien babe of the week. I never tire of watching those old episodes and have been to numerous Star Trek conventions. (But no, I do not own a pair of Spock ears or a Starfleet uniform. I have to draw the line somewhere.) 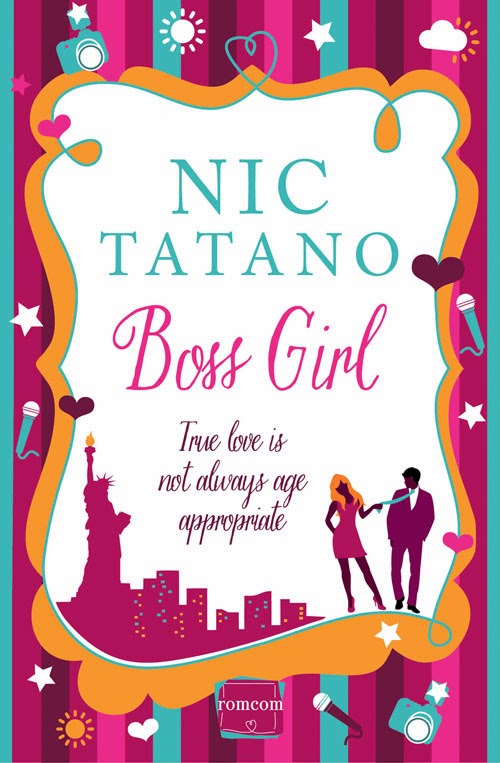 Sydney Hack is the single, thirtysomething VP of news for a failing network… and she also has a taste for younger men.


She soon realizes a whole lot of over-thirty female viewers do as well, so she sets out to give these women what they want; a chiseled, trophy buck in his twenties sitting on the anchor desk next to a woman…

With nothing to lose she does the unthinkable; along with three female managers who happen to be her best friends she brings out the casting couch and turns it into a sleeper sofa. Doesn't matter that the men have no television experience. As long as they look good. And there’s a hint of romance in every newscast.

Ratings skyrocket as a result, but Sydney and her female cohorts discover something else along the way…

Boss Girl is released on Thursday February 20th, but you can pre-order your copy HERE!

Thanks so much for stopping by my blog, Nic, on what must be a busy week for you. Wishing you loads of luck with Boss Girl!

And you can check out Nic's dream cast for Boss Girl right here on Fantasy Cast Friday, this Friday!