Writing stresses, milk intolerances, & the never-ending hunt for a new book title... Just another Thursday then...

I think most of us writers (especially indie writers) know by now that we have days when we feel on top of the world, when sales are good and the inspiration for new novels is flowing very nicely.  And then we have days when we hit a brick wall, when inspiration buggers off without a word of warning, when book sales just seem to grind to a halt and nothing seems to be going right.  "What's the point?" days, I call them.  And I'm having one of those days today, I have to admit.  Why?  Well, probably because I'm coming down off the back of a cracking couple of weeks of sales and it kind of stings a bit when those sales suddenly start to drop off and slow right down, but then, as soon as the rational part of me kicks in, I realise that this is just another part of the roller coaster journey us indie writers put ourselves on.  Because nobody forces us to do this, do they?  No.  It's purely our decision, our choice.  And we have to take the rough with the smooth or get off the merry-go-round altogether, which I have no intention of doing.  But, because I'm one of those people who'll stress over anything - even if I haven't got anything to stress over, I'll find something - I seem to have stressed myself out so much over everything from sales figures to trying to think up a title for the new book I'm writing that I think I've developed an intolerance to anything milk-related!  Coincidence?  Maybe.  But, over the past few days, I've noticed that if I so much as sniff a drop of semi-skimmed my stomach starts cramping and I'm bloated to the point where, quite fankly, I could pass for six months pregnant!  It's not pretty.  It's also not funny.  I absolutely cannot live without tea and now that I've got to get used to drinking it black (until my other half gets home with some soya milk), well, I'm not exactly a happy bunny, let me tell you.  Cereal's out the window too - unless I'm willing to eat it with apple juice, as the internet suggested - as is Yorkshire Pudding, as was discovered after last night's Toad in the Hole when, half an hour after finishing it, the stomach cramps re-appeared leaving me on the sofa all night with a face like a smacked arse when suddenly, halfway through MasterChef, I realised that chocolate contained milk and almost broke out in a cold sweat at the thought of never being able to face a bar of Galaxy again! 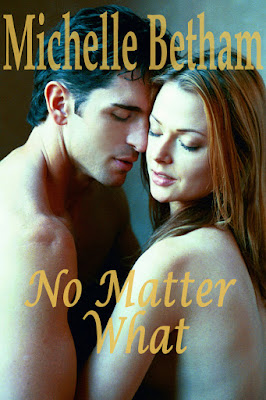 So, anyway, whether this sudden (and unwelcome) milk intolerance is in any way linked to me stressing about books/writing/sales figures/new book titles, or whether it's just a cruel coincidence sent to make me realise I need to drop a few pounds and could do with leaving the Mars Bars alone, I don't know.  But it doesn't stop me from remembering a couple of weeks ago when, for a couple of days, my book No Matter What was above Jilly Cooper in the UK Top 20 bestselling Contemporary Romance category!  Boy, did I spend a good few minutes staring at that listing!  Yep, that was a good week that was.  And God knows how it happened, I have no idea what suddenly kick-started a great few days of incredible sales for that book at the end of February/beginning of March because it happened at a time when I'm not going heavy on the marketing due to trying to write a new book.  But one afternoon I just decided to check my sales figures and noticed that it had sold a fair few, and then kept on selling around a dozen or so an hour!  For a good few days.  Didn't last, though.  These things never do.  Well, not unless you're JK Rowling, so, I made the most of it while it lasted, enjoyed seeing an extremely high sales ranking while it was there, and was grateful for whatever it was that had caused a barrage of people to buy that book.  In fact, I'm more grateful than anybody could ever know.  Thank you, if you're one of the people who've bought it.

However, a few weeks on and it's business as usual.  Back to the norm, with the usual pattern of sales in place and me back to wondering if I'll ever see anything like that happen again.  I might, I might not, who knows.  Only time will tell and patience is something I need to practise more - being one of those people who wants everything done yetserday.

So, even though I woke up today feeling a little on the low side, as far as my writing is concerned, I know that won't last either.  In fact, I'm starting to feel better already.  It won't last because I know the way this all works now.  Up one minute, down the next, no wonder me stomach's all over the place!  No, it won't last.  Because I'm having so much fun doing what I do.  The new book is coming along really well - I had a read through of what I've written so far yesterday and I am so happy with it, I really am.  It's a funny, light-hearted romance set during a two week cruise round the Mediterranean, and I hope that it will appeal to those wanting a little bit of sun-filled escapism - people who want to take that two week cruise along with some great new characters.  Oh, and if you've ever been a fan of a boy band, you might just like this book too! ;-) And, just before bed last night, my husband even came up with some great ideas for possible book titles, bless him, he's trying so hard to help me on that score.  While I was watching The Hairy Bikers bake their way round Norway (sorry, I still find Simon King strangely sexy... don't ask why because I can't tell you...) he's sitting on the computer looking up maritime references that could be used in my book title!  Love him to bits for trying to take that weight off my shoulders because it was beginning to give me a headache I couldn't shift!  Blimey.  This writing lark isn't all that good for me health really when you look at it, is it?  Headaches, milk intolerances, stomach cramps... I'll have fallen apart before this new book gets published at this rate!

Anyway, enough rambling for one day.  It's time to get down to business and get back to finishing this first draft of this as yet (but hopefully not for much longer) untitled new book.  Writing it cheered me up no end yesterday and I know it'll do the same today... if I ever get my brain into gear that is... might just have another look at my Joe Bonamassa concert ticket first to cheer me up even more...  then get myself a cup of (black) tea... *sigh*

Oh, by the way - has anyone actually tried soya milk...?