Today in my 'Meet The Author' interview I'm talking to the wonderful Amanda Egan, author of Diary of A Mummy Misfit, and the just-released sequel, The Darker Side of Mummy Misfit.

Want to know a little bit more about Amanda, her writing, and her books?  Then read on... 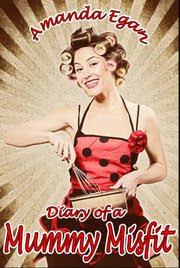 To answer that question the other way around ... I guess the Mummy Misfit is me - mixed with bits of other people.  We took the private education route (still are!) and I didn't fit.  Fenella, the Misfit's, best friend is loosely based on a very close friend but almost a caricature.  All the other characters are a total mish-mash of people I've met along the way.  Some of the bitchy comments were actually said to me but most of them are fabricated.  The lovely, dotty Mrs Sengupta is pure fiction.  As is, the gorgeous Pritesh. (sadly!)


The sequel has just been released this week, can you tell us anything about how any of the characters might have changed in this follow up?  Without giving anything away to those that may not have read Diary of a Mummy Misfit yet, of course!

Obviously Mummy Misfit had to move on - it couldn't be more of the same.  The great thing is, the scene was set and I knew exactly where I wanted to take the characters (and some new ones)  The Darker Side of Mummy Misfit is ... well ... darker!  It will still (hopefully) deliver laughs but a lot more happens in the sequel.  This will be the final chapter and when people read it, they will see why. 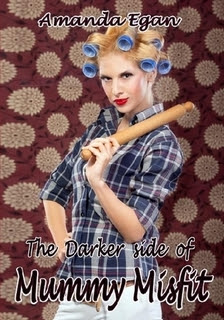 When you start out writing a new book, do you have a specific outline all laid out, or do you just start writing and see where the story takes you?

I have a rough plan but I never tie myself up in it.  If I over-plan I lose interest.  I love it when the characters suddenly surprise me and tell me where they want to go.  That feeling when you just know that the book is writing itself is weird but great.

What authors, if any, have inspired you?

I know we both have a shared love of Lisa Jewell - a great storyteller and a huge talent.  I also love Maeve Binchy. Jill Mansell, Catherine Alliott, Sophie Kinsella - any chick lit I can lay my hands on!

You've asked me this question yourself, but I'd love to know your answer to this - as independent authors we're denied the usual book launch that a lot of "traditional" authors have, so, what would your ideal book launch be?

Oh I could write for hours on this one - but I won't! There's nothing I like more than a party.  I'd like a HUGE affair in a swanky London hotel.  I'd have all my family and friends (Twitter buddies too - remember you promised you'd wear heels!)  Lots of champagne and delicious nibbles and a beautiful floor length, silk dress (probably black!)  I'd get the formal book launch bit out of the way and then boogie until dawn.

You're actually a trained actress, so, when you were writing your books, were you imagining them as possible TV projects, or even movies?  Could you see the books being easily adapted for TV or film?

It wasn't until after I'd finished the diary that my husband said that it would make a great six part comedy.  Then people reviewed it and said the same thing.  Now I can see it very clearly and that would just be dream come true.

What do you like to do when you're not writing?  How do you relax?

I'm now a Twitter addict.  I've had so much fun chatting to people and making true friends.  I also love to read (obviously!) I host themed dinner parties with friends, try most crafts, listen to music (all sorts), trawl charity shops and play Guitar Hero and Wii with my husband and son.  I do a mean 'Hotel California'!

Have you got any future projects in the pipeline that you can tell us about?

As you know the sequel should be out mid December - Kindle and paperback.  From January, I plan to do everything I can to promote the two Misfit books.  I will also continue working on a project I put aside to complete the sequel.  It's not a diary this time - it's quite different and I'm hoping that when I return to it I still like it.

Amanda, it was a pleasure, as always, to talk to you.  I wish you continued success with your writing, and all the luck in the world with the release of The Darker Side of Mummy Misfit.

Diary of A Mummy Misfit is available to download for Kindle from Amazon.co.uk or Amazon.com, or in paperback from Lulu.com

The Darker Side of Mummy Misfit is available to buy in paperback from Lulu.com, and it's also available to download now for Kindle from Amazon.co.uk and Amazon.com