I am probably the most un-glamorous person you could ever wish to meet.  I've lived most of my life in jeans, t-shirts and biker boots, but I used to be a media technician so a skirt and heels was never going to be conducive to crawling around the floor of a TV studio or lugging camera equipment up 3 flights of stairs on a daily basis.

But it wasn't just my job that meant I preferred jeans to dresses, and trainers to stilettos.  No, it was my own personal choice.  I've never been what you'd call a "girly-girl", it's just never been me.  I'm not saying I don't ever get dressed up, I do.  But it's usually only when we go to Tenerife to spend a couple of days in our apartment over there, which isn't that often now!  Over there I kind of change completely into a whole different person, throwing on the make-up and the dresses and the lovely, strappy heels and sandals (even if I can't walk in them!), turning into this glamorous version of myself.  If you were to take a look at my wardrobe over there in Tenerife, and then look at my wardrobe here at home in the U.K., you'd think they belonged to two completely different women!  One's full of lovely, floaty dresses and tops, short skirts and gorgeous shoes, while the other is piles of jeans and t-shirts, biker boots and trainers!  My legs very rarely ever see the light of day in Britain.  Even now, as we in the U.K. experience autumn temperatures of over 28 degrees, my legs are still hidden behind jeans and will stay that way, thank you very much.

But, the weird thing is, it's not that I don't want to be glamorous - I do!  I'd love to be glamorous, but I know it just doesn't suit me.  Not really.  I'm a closet rock chick; I love tattoos and leather jackets (of the biker variety), wild hair and denim, Dave Grohl to Brad Pitt, and loud, banging rock music over Beyonce.  That's me, that's who I really am.  I'm more jealous of Kat Von D (from L.A. Ink) and all her tattoos than I could ever be of Cheryl Cole and her latest outfit.

But that doesn't mean to say that I can't be glamorous in other ways.  I'm a writer, after all.  I can be who I want, when I want.  I can get that glamour by creating it in the pages of a book.  Because, despite being the girl who listens to ZZ Top in the bath and is currently deciding where to have her next tattoo, the kind of books I read have almost always been the kind that provide glamour, romance and escapism.  A total contradiction to the way I may come across as a person, I suppose, but that's what I've always loved to read.  It's not the only thing I read, I also love a good thriller and I'm a sucker for a James Herbert horror novel, I didn't sleep for a week after reading 'The Dark'!  But if I was given a choice to pick only one genre to read, it would always be the romantic/glamorous/escapist novels - Jackie Collins, Jilly Cooper, Danielle Steele...throw one of those in my direction and I'm one very happy woman! 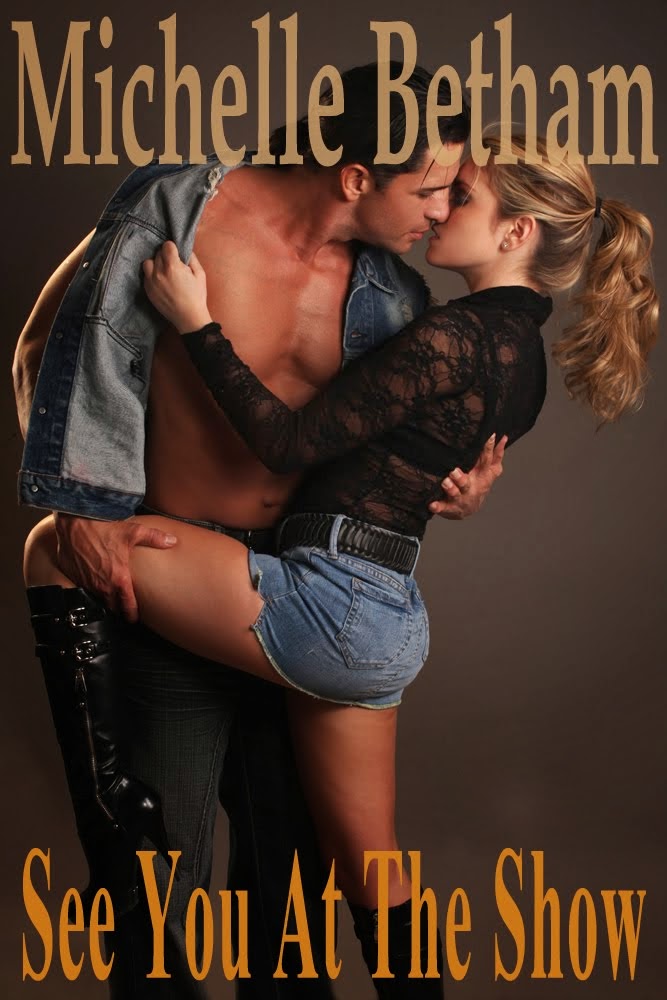 So that's why I automatically fell into the romance/commercial women's fiction bracket when it came to writing my own books.  It was the most natural thing for me, there was never any thinking about it, never any wavering.  It was only ever going to be that glamorous, sexy world that I was going to throw myself into, a world where the women are gorgeous and the men are incredible (most of the time, not always!!).  However, I'm still managing to mix the romance and the glamour with that edgy side of things, which I love!  Take Stevie Stone from my novel 'See You At The Show'.  She's sexy and sassy but she's also a rock chick and a roadie, beautiful and tattooed, but still vulnerable enough to let her guard down at times, as you'll see if you read the book and follow her journey.

And then we have India Steven from my first novel, 'No Matter What'.  A Geordie girl turned Hollywood movie star almost overnight, a girl who - like me - was more of a tomboy, until her sudden life-change took her from the streets of Newcastle-upon-Tyne to the City of Angels, where glamour is everything, and dreams can come true.  She embarks on a glamorous, sexy love story, but it's also a journey that takes us through 20 years of her life, a life that maybe isn't always as glamorous as it may seem...

I guess what I'm trying to say here, is that how we appear on the outside may not always be what we feel on the inside.  That's the case for me, and it's also the case for those two characters I've mentioned there - Stevie and India.  I love my rock music and biker boots, but there's also a part of me that loves the idea of a gorgeous floaty dress and high-heeled sandals.  And my characters may think they know themselves inside out, but there are parts of themselves that they're trying to keep hidden... but you know what you have to do if you want to find out just what they're hiding, and what the consequences of doing that turn out to be. ;-)

In the meantime, I'm off to hang out a few more of those t-shirts of mine on the washing line outside, and get ready for an afternoon of writing more glamorous, sexy escapism whilst wearing jeans and trainers!!  It's all good...